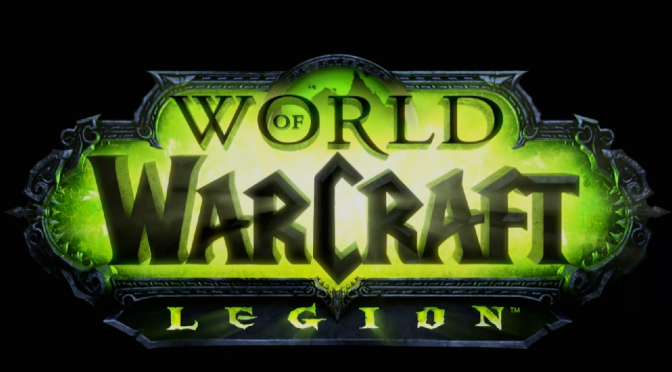 Legion is very, very good. The questing is the best it’s ever been, dungeons are actually relevant for the first time since Cataclysm, and the new class campaigns are a welcome improvement on the much-hated Garrison system in Warlords of Draenor.

However, there is one aspect to Legion that has received a lot of criticism: the Legendary system. Unlike in past expansions, where Legendaries were only achievable after a long, complicated grind, in Legion, players randomly receive Legendaries by completing basic content.

Needless to say, this system has many downsides. Because of the greater diversity of Legendaries, there are a few (namely, the ones that increase damage dealt) that are much, much better than the others. As a result, if a player receives a ‘bad’ Legendary, they’ll be upset because of all the potential damage they’re missing out on.

For example, take this Legendary: Prydaz, Xavaric’s Magnum Opus is a necklace that gives the wearer 2,010 Stamina, 1,247 Critical Strike, 1,247 Haste and 1,247 Mastery. It also has a Prismatic Socket and the ability: Every 30 sec, gain an absorb shield for 25% of your maximum health for 30 sec.

As you can probably tell, Prydaz, Xavaric’s Magnum Opus is a very strong Legendary. Its stats are very good for a necklace, and its effect basically increases your maximum health by 25% (which is very good). However, it doesn’t increase your damage, so it’s deemed a ‘bad’ Legendary.

This is a big problem, but the solution is relatively simple: make all the Legendaries in the game pure utility. This way, there will no longer be any ‘Best-in-Slot’ Legendaries, as they’ll all be basically the same value-wise.

Of course, this solution brings up another problem: what happens to all the DPS Legendaries currently in the game? Fortunately, the solution to this problem is once again very simple: change them from Damage to Utility.

A good example of this is the Retribution Paladin Legendary Cape Whisper of the Nathrezim. Currently, the Legendary has this effect: Templar’s Verdict and Divine Storm increase the damage of your next Templar’s Verdict or Divine Storm within 4 sec by 15%. Most of a Ret Paladin’s damage comes from these two abilities, which means that this Legendary is easily the class’s Best-In-Slot.

However, what if Whisper of the Nathrezim’s effect was changed to: Templar’s Verdict and Divine Storm cause your next Templar’s Verdict or Divine Storm within 4 sec to heal you for 30% of the damage done? The cape no longer increases your damage, but it provides your character with a powerful source of self-sustain.

After a change like this, Whisper of the Nathrezim would still be a very good Legendary, but if you were to get Prydaz, Xavaric’s Magnum Opus instead, you wouldn’t be too upset.

Now, while many Legendaries could be changed this easily, there are some that would require a bit more work. For example, there’s the Windwalker Monk boots Katsuo’s Eclipse, which have the effect: Reduce the cost of Fists of Fury by 2 Chi. This is a difficult Legendary to work with, as its method of increasing damage isn’t as straight-forward. However, there are some pretty cool things that could be done with it.

For example, what if Katsuo’s Eclipse now said: Enemies struck by Fists of Fury have a 15% chance to be stunned for 2 seconds. This is a very powerful effect (especially in Mythic + dungeons) but it doesn’t increase your damage in any way.

Overall, I think that making changes like these is the best way to improve the Legendary situation. It won’t be easy, but it’d be really cool to see what crazy utility Legendaries Blizzard would come up with.

Here are a few more of my thoughts for changing Legendaries. Please tell me what you think about these changes in the comments below!