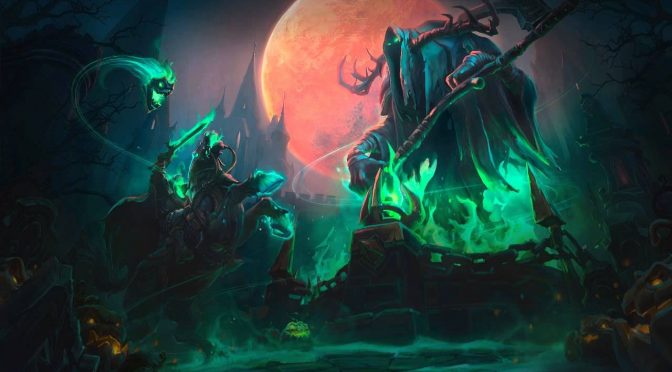 “Mcreedy!” the Grave Keeper yelled, turning to look over the low wooden back of the chair he was occupying. “Where are the reports?”

“Here they are, sir,” the peasant replied, scurrying up with a pile of papers. “Full bios on every member of the ‘Heroes of the Storm’, including names, abilities, talents and success rate.”

“About time,” the Raven Lord chuckled, lounging back in his seat. “My servants brought me the files half an hour ago.” Indeed, the section of the table in front of the Raven Lord was piled with papers, which he had casually been flipping through as the two Nexus Lords waited for Mcreedy.

“At least you have servants,” the Grave Keeper shot back, “When the Nexus carried away my mines, I lost everyone but Mcreedy. In addition…”

“Please, sirs,” Mcreedy interrupted hesitantly, “Stop arguing. You have a draft to attend to.” The Grave Keeper gave his servant a nasty look, but he shut his mouth, choosing instead to snatch the papers that Mcreedy was holding.

“So, how are we doing this?” the Raven Lord asked, “Do we each just want to choose five, alternating between each pick? I think that’d be the easiest.”

“I don’t think so,” the Grave Keeper declared, shaking his head vehemently. “We should alternate in some strange way, so that we both get to pick equally. Also, I want to be able to ban a ‘Hero’ or two, so I can ruin whatever composition you’re going for.”

“A bit forward with your plans there,” the Raven Lord chuckled darkly, “But I agree that we should have bans, one at the beginning, and one in the middle. That way, we can remove any potentially troublesome ‘Heroes’ and mess up each other’s plans.”

“So we’re both agreed,” the Grave Keeper nodded. “So, I’ll ban first…”

“Not so fast!” the feather-cloaked Nexus Lord exclaimed, “I’m the ruler of this land—I’ll go first!”

“Um, sirs,” Mcreedy broke in, “If I may make a suggestion—how about you toss a coin? That way, it’d be completely fair.”

“You want us to toss a coin?” the Raven Lord looked incredulous, “I’m not sure about you, but I don’t rely on luck for anything! The very fact that you’d insinuate–”

Reaching into his pocket, Mcreedy withdrew a small silver coin. “Okay,” he said, holding the token out, “Heads will be the Raven Lord, and Tails will be the Grave Keeper. Ready?” The two Nexus Lords nodded, and the peasant flipped the coin.

For several seconds, the small metal disc hovered in the air, but then it came down and landed on the wooden table with a soft clunk. “Tails!” the Grave Keeper announced triumphantly, “I go first!” Looking down excitedly at the papers he’d spread out on the table, he announced, “I’ll ban Chromie!”

“Chromie?” the Raven Lord asked, barely holding back a laugh of surprise, “You want to ban Chromie? Chromie is useless—I wouldn’t draft her even if you hadn’t banned her!”

“Oh…” the Grave Keeper sighed, looking back down at the paper, “But her damage potential seemed so good…”

“Well, too bad for you,” the Raven Lord chuckled, “Now, it’s my turn. I’m going to ban Zarya. After all,” he continued, giving his opponent a snide look, “She currently has the highest success rate out of all the ‘Heroes’, and I wouldn’t want you to snatch her up before I could.”

“Zarya?” the Grave Keeper asked, feigning incredulity, “You think I wanted to pick her? Don’t be silly.” As he said this, the Nexus Lord quickly scratched Zarya’s name from the top of his pick-list. “Anyway, for my first pick, I’m going to choose Malfurion.”

“Yeah,” the Grave Keeper replied, “After Zarya—who I wasn’t planning to choose, by the way—Malfurion has the highest rate of success in encounters like this. What would you have chosen, an assassin or something?”

“Of course,” the Raven Lord replied, “Which is why my first pick is going to be Kerrigan, and my second pick will be Jaina. Two ‘Heroes’ with a very high success rate, who won’t have any trouble ripping Malfurion apart.”

“Kerrigan and Jaina?” the Grave Keeper snarled, “Don’t make me laugh. They’re both incredibly squishy without a proper healer—which is why my second ban will be Lt. Morales. Have fun watching them die without the heals they so desperately need.”

For the first time in the entire drafting process, the Raven Lord seemed upset, as he furiously crossed off a name from his pick list. “Fine,” he eventually sighed, still a bit peeved by this loss, “I’m going to ban Tracer, so you can’t constantly bully my ‘Heroes’.”

“Whatever you say,” the Grave Keeper replied, hiding his glee at the fact that he hadn’t even been considering the perky British time-traveler. “Now, I’m going to make my second and third picks.” Quickly surveying his chart, the Grave Keeper declared, “For my second choice, I’m going to take Kael’thas, because his Flamestrikes will synergize quite well with Malfurion’s Roots.”

“Kael’thas?” the Raven Lord chuckled, “That wimpy blood elf doesn’t stand a chance against Kerrigan. The Queen of Blades will rip him apart!”

“You’re right, they would,” the Grave Keeper agreed, “Which is why my third pick will be Johanna. She can pull Kerrigan away from Kael’thas, and then he’ll light her up.”

The feathery Nexus Lord snarled, as he realized the weakness in his plan. “In that case, my third pick will be Sonya. With her Leap, she’ll be able to jump on Kael’thas as well, and there’s no way Johanna can keep both her and Kerrigan at bay.” A slight look of horror crossed the Grave Keeper’s face as his foe continued, “And for my fourth pick, I’ll take Kharazim. He can follow Sonya and Kerrigan into the fray, and he’ll be able to get them back out with his healing.”

With a sharp curse, the Grave Keeper scratched a pair of names off his list and leaned back in his chair, frantically trying to come up with a counter to his opponent’s composition. He’d originally wanted to draft another ranged assassin—however, they’d just get torn apart by the Raven Lord’s team. No, the Grave Keeper realized, if he wanted to win this fight, he’d have to get unorthodox.

“Ok, then,” the Nexus Lord declared, “For my fourth pick, I’m going to choose Arthas.”

“A second tank?” the Raven Lord asked with a smirk, “Are you sure?”

The Grave Keeper nodded. “I won’t be able to defeat your dive composition with another ranged assassin, however, the roots Arthas supplies will force your ‘Heroes’ to stay back.” The Raven Lord’s face remained impassive as his foe concluded, “And for my final pick, I will take The Butcher. His self-healing is unparalleled among Melee Assassins, and he will easily deal with Sonya and Kerrigan once they’re Rooted.”

At this announcement, a look of perturbation crossed the Raven Lord’s face. He hadn’t expected his dive composition to be countered so thoroughly—now, he’d have to change his strategy. “In light of your…unusual strategy…my fifth and final pick will be Raynor. He is a premier tank-buster, and since you have two tanks, I think this will end quite well for me.”

The Grave Keeper frowned slightly, but wasn’t too worried. Even with the Raven Lord’s acquisition of the Ranged Assassin from the StarCraft Universe, the Grave Keeper’s line-up was far superior. Surely, victory would soon arrive, and the Towers of Doom would be his!